This is a selection of resources on Shaanxi available from the NLB catalogue or the Internet and is not meant to be an exhaustive list. If you know of or come across more useful resources, please drop us a note so that we can share them with our readers.

This book describes the archaeological find of lifesized terracotta warrior statues in China created for the first emperor of China’s tomb. It explores the mausoleum’s creation, traces its discovery and scientific investigation, and discusses future study and conservation efforts. Well-placed sidebars, vivid photos, helpful maps and a glossary enhance readers’ understanding of the topic.

The gender of memory: Rural women and China’s collective past

This book explores changes in the lives of 72 elderly women in rural Shaanxi province during the revolutionary decades of the 1950s and 1960s. Interweaving these women’s life histories with insightful analysis, it shows how party-state policy became local and personal and how it affected women’s agricultural work, domestic routines, activism, marriage, childbirth and parenting. The women narrate their pasts from the vantage point of the present and highlight their enduring values, important achievements, and deeply harboured grievances.

This book provides an “intriguing, original and up-to-date” account of one of the wonders of the ancient world. Illustrated with a wealth of original photographs, it incorporates the most recent excavations, new theories and discoveries. The excavated pits containing nearly eight thousand warriors and hundreds of horses are said to be only part of a much grander mausoleum complex. There is a great deal still to be discovered and understood about the entire area which is now thought to cover around 100 square kilometres. 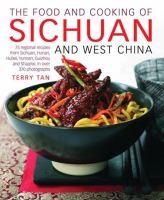 The food and cooking of Sichuan and west China: 75 regional recipes from Sichuan, Hunan, Hubei, Yunnan, Guizhou and Shaanxi, in over 370 photographs

From the vibrant metropolises of Chengdu and Xi’an to the spectacular rice terraces of the Yangtze basin, this book explores west China’s ancient cuisine in all its glory. Chapters cover all the courses, including fiery soups and dim sum, fresh fish and shellfish, tender poultry, aromatic meat, classic rice and noodles, piquant vegetable dishes and “unusual sweet things”. The “irresistible” volume is brought to life with more than 370 mouth-watering photographs, and step-by-step instructions to ensure perfect results each time. 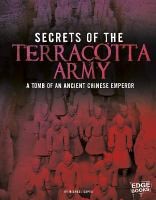 Secrets of the terracotta army: Tomb of an ancient Chinese emperor

This work describes the archaeological wonders of the Terracotta Army, including its discovery, artefacts, ancient peoples, and preservation.

Shaanxi, China – Official website of the government of Shaanxi

Shaanxi is considered one of the cradles of Chinese civilisation. 13 feudal dynasties established their capitals in the province during a span of more than 1,100 years, from the Zhou Dynasty to the Tang Dynasty. The province’s principal city and current capital, Xi’an, is one of the four great ancient capitals of China and is the eastern terminus of the Silk Road, which leads to Europe, the Arabian Peninsula and Africa. This official website provides comprehensive information on Shaanxi’s government, cities, history and culture, tourism, laws and regulations, and much more.

Terracotta army: The greatest archaeological find of the 20th century

This video features the Terracotta army of the Qin dynasty. In March 1974, Chinese farmers digging a well unearthed the greatest archaeological find of the century – the buried Terracotta army. After coming across a life-sized human head made of clay in Xi’an, China, archaeologists were called in to investigate. What they found was extraordinary – thousands of life-like terracotta figures from the Qin dynasty, fashioned 2,000 years ago to protect the First Emperor of China in the afterlife.